In the month of January of the year 1937, while  Civil War raged in Spain and the Second World War brewed just over the European horizon, Betty –born Elizabeth, for her paternal grandmother, Adele for her maternal grandmother, two names she never used- met Perico –born Pedro because all the first born males in his extremely extended family were named Pedro, and Francisco after Saint Francis of Assisi because he was born on that particular Saint’s day, two names he seldom used.

They met on the tiny, privately-owned island of North Cat Cay off 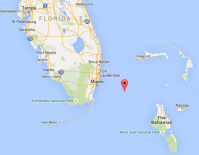 the Florida coast. At that time, they were both married and not to each other, although Perico was not living with his spouse and Betty -while still enjoying the multiple advantages that hers offered- was on the brink of separation. What went on on this first meeting is anyone’s conjecture. But 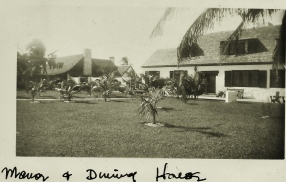 the fact that this event had even taken place underlines the fortuitousness of destiny and the incredible intricacy in the pattern of individual lives which blindly determines their fate.

Of this first brief meeting, there is no record, no photographs, no letters, no stories told to their children or grandchildren, because obviously, given the status of each, neither expected to meet again. There is, however, proof that Perico was there because, even in those days, international travel was recorded and today Internet allows us to access these documents from our very living room or office as the case may be. 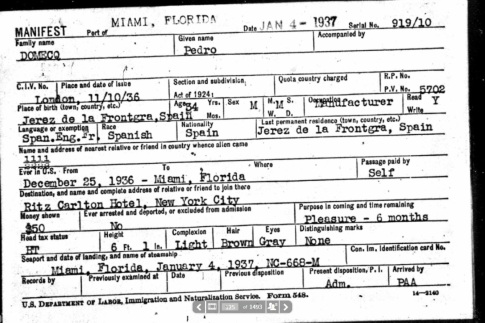 I said there were no stories. This is not entirely so. There is one but I fear not of a factual nature, nor necessarily true. It is told by Perico’s son from his first marriage, and therefore could have been exaggerated with a desire to put the morals of the lady of the second marriage in doubt. Or it might have been a story told late at night, after many drinks, by a man who wished to excuse to a certain extent his youthful follies before a son who had greatly suffered his abandonment, a story that was then exaggerated in that son’s memoires written when nearing his 82nd year. However that is, I’ll repeat it here just for the record.

At the time of their meeting, according to this son, Perico stayed at the house of his friend, Gager Wasey (at left) at that moment still married to Betty. Also according to that narrative, Betty “would walk around the house naked,” and Perico “could not take his eyes off her.” Then, so his friend would not be fooled, he told him that “he fancied his wife a great deal.”

Considering that Betty, in all the years she was married to Perico, in all the years she lived after his death, was never again known to have “walked around the house naked”, it is almost absolutely certain that there has been –at least- an exaggeration. Perhaps some version of the story, closer to the truth, would include the 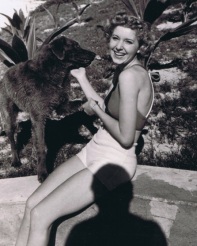 phrase “half-naked”, and considering the circumstances (beach, warm weather, seashore, island), she might have sat on the deck or walked across the living room in her bathing suit which at that time wasn’t even close to being a bikini. Or she may even have laid by the pool wrapped in a towel as after a swim, something more normal for a girl brought up in America, than for the tight-laced English or the ultra-Catholic Spanish ladies that Perico had known previously. As for warning the husband of his 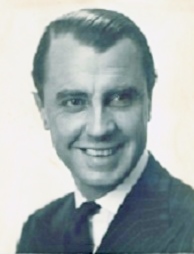 future intentions, it is no more in Perico’s character than having told a son that the second wife flaunted herself shamelessly in front of him making it impossible to resist her. Perico was, above all, a gentleman and speaking poorly of one’s wife, present or past, was not in his nature; much less would he have violated a friend’s invitation by confessing he lusted after that man’s wife, even though on the following visit, lust he did.

Consequently, I correct what I had said previously: There are no believable stories about this first meeting and what took place between Betty and Perico at that moment is but dust bunnies behind the curtain of time. When the visit drew to a close (and there is no record of how long it lasted), Betty went back to New York with her husband (or perhaps without him as I remember her saying that the marriage barely lasted over a year) and Perico returned to London where a lady named Amber –with whom he was passionately in love, by his own confession many years later- awaited him.

And here is where I will leave this narrative for the moment, on the brink of wild romance and unbridled passion, in order to go back to the beginning some 335 years earlier, when in 1602, someone also called Elizabeth was born in Hadleigh, England.

One thought on “THE FIRST MEETING”