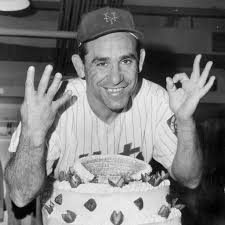 The other day I sent my son some quotes –some very funny ones- that I had just discovered were things said by Yogi Berra, the baseball player. My son wrote back: You mean Yogi Bear, don’t you? My son is in his 50s (and that sounds horrible because it puts me 20-some years ahead of him). I wrote back and explained that, no, I did not mean Yogi Bear. He had never heard of Yogi Berra. 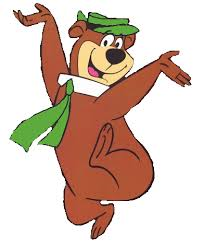 Then today I was at my osteopath’s and I quoted Yogi Berra again. I got the same response: “Do you mean Yogi Bear”, and yes, my osteopath is in his 50s too. This of course dates me!

Now, I do not know if Yogi Bear said cute and memorable things (I’ll have to look him up on internet, and yes he is there because when I typed in “Yogi”, internet also suggested “Bear” as the follow-up. Guessing that the Internet was another youngster in its 50s, I looked it up: the Internet is 47 years old this year).

Yogi Bear made his television debut in 1958; Yogi Berra had made his baseball debut in 1946, and by the time the cartoon character hit the screens, the baseball player was a household name. That would 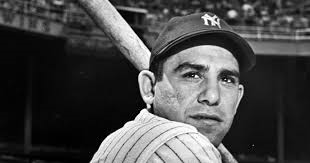 explain why people in my generation (born in the United States) would have heard of Yogi Berra. According to Wikipedia, Berra sued Bear (Hanna-Barbera Cartoons) for defamation, but Bear cried coincidence and Berra ended up dropping the suit. As Berra quipped afterwards: “Half the lies they tell about me aren’t true”, to which Bear would have answered: “I’m smarter than the av-er-age bear!” just so people would know who had won that argument. 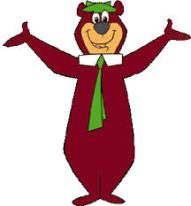 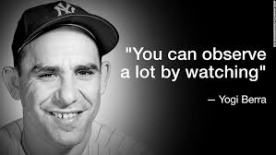 Another coincidence, as long as we are on that theme (that is where we are, isn’t it?): both Yogis, Berra and Bear, lived in Parks. Berra lived in baseball parks and Bear lived in ‘Jellystone Park’. So if one day in the 60s you happened to be in the USofA and you said offhand to someone: I’m going to the park to see Yogi, you’d have no idea what image ran through the other’s head!

Just how far the Generation Gap can go was proven in September of last year when the Associated Press reported the death of Hanna-Barbera’s animated character, Yogi Bear who, they went on to comment, ‘was also a Hall-Of-Fame catcher with the Yankees’. The headline reads

It turns out that the report was a case of mistaken identity; everyone’s favorite pic-a-nic basket-stealing bear is alive and well. But Yankee catcher Yogi Berra, whose name allegedly inspired Yogi Bear (though Hanna-Barbera denied it), has indeed died. 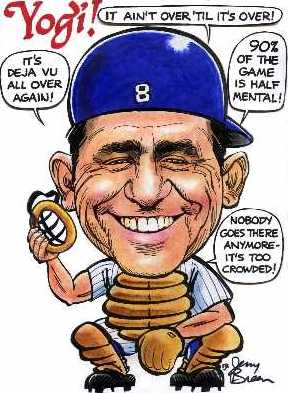 Yogi Berra once said: “If you don’t know where you are going, you’ll end up someplace else”, and I guess he knew what he was talking about because today everyone thinks he still lives in Jellystone Park and he didn’t even know he was playing there.

Berra won three American League Most Valuable Player awards and appeared in fourteen World Series as a player and another five as a manager or a coach. He won thirteen championship rings and holds several Series records. Berra met with numerous roadblocks on his journey to fame, but he overcame them with grit and dedication and went on to become one of the more beloved figures in American sports history. (Society for American Baseball Research)  http://sabr.org/bioproj/person/a4d43fa1

Alice came to a fork in the road.

“Which road do I take?” she asked. 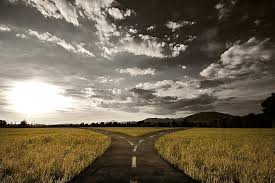 I have been standing at a ‘fork in the road’ for some time now: it is called “Writer’s Block” and, like Alice, my problem is that I do not know where I want to go. The Cheshire Cat would have said: “If you don’t know where you’re going, it doesn’t matter.” Maybe if he were around I would ask him if he knows which fork I should take to get to Inspiration.

At my feet lies a thick blue folder; it contains the 1500+, A4 sized, single-lined typed pages of information on the male and female lines of my family that has taken me over three years to gather. On my blog there are three “chapters” published, maybe more (haven’t looked recently) under the working title of A Work of Fiction, from an anonymous quote which reads: “Every life writes its own work of fiction”. I have progressed from the early 1600’s to exactly 1624, which was the year Elizabeth Smyth, my 10th Great-grandmother, married Samuel Smith in Hadleigh, Suffolk, England. What followed that marriage and the birth of her first four children should have been terribly exciting and actually easy to write, but 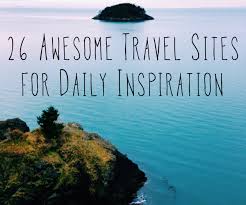 after a few false starts, I came to a dead stop and haven’t been able to write anything since. I seemed to have lost the way to Inspiration.

For a while, I dithered reviewing the material, picking up books I had ordered on Amazon that covered the Great Migration and the early days in New England and making lists of the passengers, their occupations, the villages they came from and so forth. Then I dallied getting involved in a TV series that covered all of 5 seasons with 6 discs and 4 chapters to each season. I sat in front of the computer and played Solitaire; I sat some more and played Bejewelled and sat some more and played Scrabble. I stopped dallying and cleaned a few closets, emptied and refilled drawers, I threw out everything I could find that seemed unused or un-useful and rearranged everything that had been blessed to remain. I washed the dishes any time they piled up in the sink, I made and ate popcorn several times, I watched a dozen movies.

I used Salomé (my little black and silver schnauzer) as an excuse to go for interminable walks. I scoured supermarket shelves and bought enough to fill up the spaces my cleaning-out had left. And still there was nothing but the damn fork in the road. I even 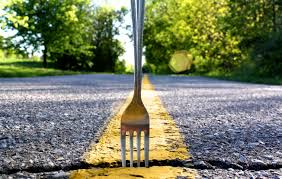 Everything came to a standstill. Even my blog has gone without a post for I know not how long. For a while I tried to convince myself that doing nothing was what I was supposed to do at my age: after all I had earned the right to do that, right? Right? Right? 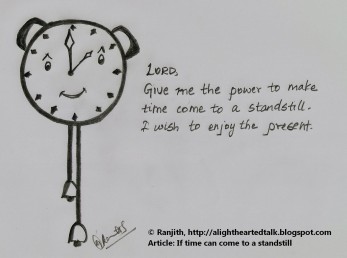 Well, I guess not, because in spite of the walks and in spite of doing exercise three times a week with my personal trainer, in spite of my morning coffee with friends and my progress in speaking French, in spite of reading through volumes 1 and 2 of the Century trilogy by Ken Follet (in hopes of finding inspiration)and beating the computer’s best player at Scrabble I was not happy.

I could feel the life energy wane and fade as the days passed in passing the time, and yet, the spirit of inspiration visited me not. I had enough material to fill a four Century decalogy and yet every time I sat at the computer, I would plug into a film or a game instead of opening a Word doc and beginning to type. It felt downright dead.

And then it happened: in one of my meanderings through the internet I came across a 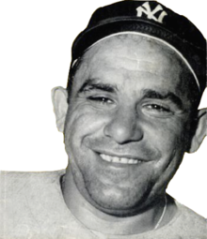 quote from Yogi Berra. It said, in no uncertain terms: “IF YOU COME TO A FORK IN THE ROAD, TAKE IT,” and I was blown away. During the two days it has taken me to finish the series and decide to go cold-turkey on not starting another one; in the 48 hours it has taken me to limit my game-playing to early morning wake-up hours and just before bed finishing-the-day time, the phrase has repeated 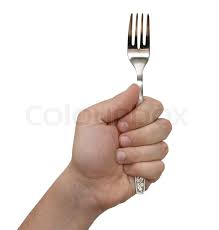 10 zillion times in my brain: “If you come to a fork in the road, take it”. So that is exactly what I have done!

Hopefully, the quiet time I can now spend sitting in front of the computer, fork in hand, will turn into text some day soon.