“Every life writes its own Work of Fiction” (anonymous)

There is a poem

in the Ancestry that is our Future

that fruits our past

Sooo, exactly when it was that the Universe set about sitting me down I have no idea, but it did. All I know is that suddenly I was deep into my own genealogy and getting up at 6 a.m. every morning to work with a passion and an enthusiasm I hadn’t felt in years. A Project was born: I was going to write the story of my family following the maternal line down through the women (the research, of course, had to go up) and the paternal line down through the men until the improbable meeting of my mother and father. But first I had to do the research. 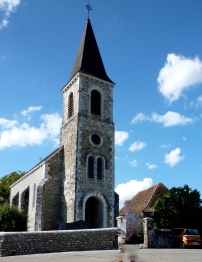 Part of the research was already done. On my father’s side there was a Genealogy of the Domecq family that had been researched by a professional genealogist commissioned by someone in Spain who wanted to prove that our French ancestors were royalty from way back in their farming days. It was research with a motive, of course, so the gentleman earned his pay by proving that our farmer ancestors in the practically non-existent town of Usquain (three houses and a small chapel) had been 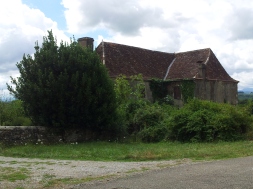 domenger which designates someone with less importance than a baron or a knight (chevalier) but more important than a lay abbey. Of course, I had to look up “lay abbey” and found that it came from the French, abbey laïque, which refers to a piece of property, not belonging to a religious order and being a vassal to the viscount of Bearn.

Much later I would find, thanks to the research of my distant nephew, Diego de Isasi, the name Domecq is the Bearnaise word for the French domenger. In the Middle Ages, the region of the Bearn had a special category of persons called domengers. The “Domenjadure” (the state of being a domenger) or “Domecq” in Bearnaise (in latin domus, dominicatura) designated a noble property in the sense that is was free from servitude, free from paying taxes and a step away from being a lord’s land. Even though some of these so-called domenger lands were tiny, they were still considered ‘noble’ and therefore exempt from taxes. Interestingly enough it was the land and not the person that was “noble” and its possession gave the owner the right to belong to the Estates of the Bearn after having requested this and vowed allegiance to the viscount in turn. This nobility was not hereditary as it belonged to the land so whoever controlled the land was considered noble. This ‘noble’ land could be acquired as a gift, it could be bought, or it could be won through service to the viscount of the Bearn region. If one later sold the land, the domenjadure, the nobility went with it and blessed the new owner. 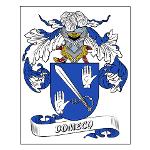 Several of the last names in the Bearn region derive from the state of domenger: Domenger, Domenge, Menjot, Domecq, Doumecq, etc. Domecq was registered as domenger of Usquain in 1385 and the family coat of arms comes from the custom of giving a pair of white gloves as a symbol of the vassalage to the viscount of the Bearn región.

Therefore the story told by the Spanish genealogist that the Domecqs descend from noble blood is untrue: they were the proprietors of noble land which passed from father to son, but not to the son that migrated to Spain (my great-grandfather) who would have renounced any nobility to which he could have laid claim when he left the land behind.

Seeing that I was not interested in whether we were nobility or not, I took the research as good and had my first list of male ancestors beginning with Jean de Domecq born around 1615.

The maternal side, however, was not so easy because going up the female line means that the last name changes in every generation. So Cook came from Moeller which came from Schlesinger descended from Smith and so on. Fortunately I had a cousin who, being a Mormon, had advanced this work somewhat, but as she also

had followed the male lines, the women soon disappeared. All that was known was that our great grandmother was Mary Ann Smith and, as my good luck would have it, there was even a photograph of her with her three descendants.

And then… I discovered surfing the Net, something I had heard about but never actually done, and things went wild. It was like discovering a new planet. You have to understand: I came from research with my 19 volumes of the Encyclopedia Britannica, microfilms in dingy archives and index boxes in libraries. All this and more, much more, a zillion times more was now in my little apartment on my computer screen at the touch of a finger or a cursor.

I can still remember that first discovery. I typed Manhattan 1800’s on Google and skimmed down the list of items until one caught my eye. It was called Looking Oppositely[1], a blog by Gretchen Elsner-Sommer doing with her family exactly what I was trying to do with mine. I skimmed through the pages and lo-and-behold! Gretchen’s great-grandmother was my great-grandmother’s mother-in-law! My great grandmother had married her grand uncle. Gretchen was my distant cousin by marriage! Needless to say I contacted her: Gretchen: I am so excited to have found you; my great grandmother married George L. Moeller the son of Eliza Sommer. I also am writing about the women in my family and researching them. Please get in touch, Brianda Domecq (Cook, maternal last name),and promptly received an answer. We have been in touch ever since, and she helped clear up many of the guests names at my grandmother’s wedding (relatives, of course, of my great grandfather on my mother’s grandmother’s side, if you follow).

[1] “Confident in my own suspicions, I focus the angle of my search differently than others have directed me. In looking past the insufficient genealogies and the misrouted family stories in which the lives of women have not been well remembered, or in some cases even  remembered at all, I’ve come to find the deeply buried roots of the women who support my family’s tree.” Gretchen Elsner-Sommer

However, Internet didn’t only give me leads to family members, but also –thanks to Wikipedia and other historical and informative sites- allowed me to experience virtually the atmosphere, the clothes, the food, the habits and the happenings surrounding those family members on both sides down through the 4 centuries that have passed between the births of my 10th great-grandmother (in England) and 8th great-grandfather (in France), the marriage of my American mother to my Spanish father in the United States and beyond. So my research delved into everything from world wars to early serial killers, from erupting volcanoes to Hollywood scandals and from childhood deaths to cheating husbands and wives.

Thus The Project was born, and I have been at it for over three and a half years of unflagging enthusiasm and fascination. The volume of information is mind boggling to say the least. It covers from 1602 to 2002 and adds up to more than 1500 pages, printed-out on both 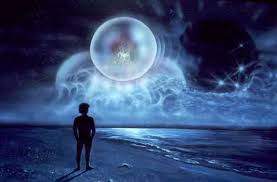 sides of approximately 750 A4 size sheets of paper and weighing some 2.6 kilos in total. Every time I pick it up, I marvel at what the Universe can do when we let go and invite it in.

I have had innumerable helping hands along the way. Abel de las Heras, my personal trainer, suggested I check into the “Biblioteca Virtual de Prensa Histórica de España” (The Virtual Library of Historical Spanish Press) which gave me an incredible amount of information about the Domecq family and Jerez de la Frontera where they lived and reigned. My cousin, Arden Hansen, invited me to join Family Search from where I spread to Ancestry and My Heritage, unbelievable instruments of genealogical research that became indispensable in my efforts to mount the female line. Family from Jerez that I had never met before began adding facts, stories, gossip and photographs to my collection (Margarita and Carmen López de Carizosa Domecq and Juan Manuel Pardo Domecq; Carmen López de Solé Domecq and Vicente Domecq y Fernández de Bobadilla). My half-brother, Manolo Domecq-Zurita wrote his memoirs and enriched my experience of my father with his own. My mother, who died 7 years previous to my initial research, was instrumental in that she kept so many photo albums noted and dated, including one from my father’s youth and first marriage (something I thought tremendously generous of her). A distant nephew, Diego de Isasi, here in France introduced me to the internet archives of the region from where I downloaded documents proving that the person tagged as my great-grandfather in the genealogy of the Domecq family, was actually a great-granduncle, and that my real great-grandfather had been his older brother who had died young and left his children in his younger brother’s care. When one is open and willing, the Universe provides all that is necessary at every turn.

And I could go on, but for want of space and the kind reader’s attention, I will end this introduction here and hopefully begin the story –blogpost by blogpost- for anyone who wishes to read it.[1]

[1] The working title for this Project was “Rootless”, but I have preferred to go with “A Work of Fiction” as that is what all of life’s stories are as the coalesce in the mind and on paper (or the screen as the case may be).

6 thoughts on “A WORK OF FICTION”