The 17th century lasted from January 1, 1601, to December 31, 1700, in the Gregorian calendar and became known as the Century of The General Crisis. During this period of 100 years, Europe suffered a series of struggles for power or religion or both that no one particularly remembers and no one particularly cares about. The usual battles ensued between one Royal Family and another and within the Royal Families themselves; between the people of one region and the people of another and between all the different entities of the then splintered Christianity. These battles led to death, migrations, territorial divisions and general devastation which perhaps touched the early protagonists of our story very little, if at all. 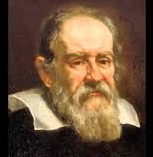 “The seventeenth century was probably the most important century in the making of the modern world. It was during the 1600s that Galileo and Newton founded modern science; that Descartes began modern philosophy; that Hugo Grotius initiated international law; and that Thomas Hobbes and John Locke started modern political theory.  In the same century strong centralized European states entered into worldwide international competition for wealth and power, accelerating the pace of colonization in America and Asia. The

Dutch, French, Spanish, Portuguese, English, and others, all struggled to maintain and extend colonies and trading-posts in distant corners of the globe,  with profound and permanent consequences for the whole world. They also fought one another in Europe, where warfare grew increasingly complex and expensive. To gain an edge against other powers in war, European governments invested in research in military technology, and the

seventeenth century was consequently an age of military revolution, enabling Europeans from then on to defeat most non-European peoples relatively easily in battle.”    http://faculty.history.wisc.edu/sommerville/351/351outline.htm)

The Thirty Years War was closely connected to the war between France and Spain (1635-59) and the Spanish-Dutch “Eighty Year War” that finally ended in 1648. Along with the previous 100 Years War, it demonstrated beyond a doubt the massive horrors that human belligerence could bring to entire populations by the sole merit of lasting so long and being so widespread. It therefore convinced us mortals, not that there should not be wars, but that wars should be accomplished in less time, a lesson duly applied in the First World War which only lasted four years (1814-1818). The First World War was the war that was supposed to end all wars, so it was also known as The Great War until we had WWII which lasted six years (1939-1945). WWI, as it was called

henceforth, was rapidly terminated, not by peacemaking or any human endeavor, but by a flu epidemic that killed off more men in the trenches than the war itself; WWII, as you may still recall from your history courses, was ended abruptly by the initiation of the Atomic Age which swept two entire Japanese cities, including a large part of

their populations, clean off the map. Since these two WW’s, wars have gone back to being what they were before: localized, intermittent (sometimes), interminable (some) and breaking out all over the place as it was during the years of the General Crisis, so once again we probably should honor our century with a similar epitaph.

But back then, during the General Crisis of the 17th, the Poles and the Lithuanians broke up; the Spanish empire, being the first global empire, had no idea how to hold itself together and suffered secessions and upheavals, and in Britain the entire extent of the Stuart monarchy (England, Scotland, Ireland, and its North

American colonies), initiated by James I and lasting from 1603 (the year the beloved but never loved ‘Virgin’ Queen died) until 1714, suffered rebellions and unrest. The Spanish fought the English and vice-a-versa; the French tried to clobber the Low Countries and Spain with both resisting violently. And, according to someone quoted somewhere, “political insurgency and a spate of popular revolts seldom equaled shook the foundations of most states in Europe and Asia. More wars took place around the world in the mid-17th century than in almost any other period of recorded history.” Apparently, it was a mess.

Admittedly, not all was killing, conquering and conflict. The Baroque cultural movement had for some time been populating horizons with all the ornate palaces (Versailles, amongst them) and breathless churches we pay tourist tickets to visit today; the Renaissance which started back in the 13th Century, had blossomed enough painters to fill entire rooms of our vast museums with names our children strive to memorize like Michelangelo, Raphael, Botticelli, van Eyck, Tintoretto, Murillo, Hieronymus Bosch, van Dyck, Velazquez, Zurbaran and da Vinci in places we dream of visiting such as Florence, Rome, Paris, Madrid, London and Venice mostly located in Italy, France, Germany, Spain, England or the Netherlands. Of the writers, very few are read today (or possible to read 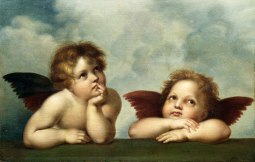 today) although their names and their importance, the dates they were born or died and the titles of their principal works continue to appear on exams in schools the world over (Shakespeare, Cervantes, Chaucer, Rabelais, Boccaccio, Marlowe, John Donne…). Philosophers had a heyday producing volumes of highly unintelligible flights of mind under the names of Bacon, Erasmus, Machiavelli, and Thomas More.

Explorers had gone and come back and set their countries on fire with a mad race to gain ever more territory in the so-called New World which was “new” only to its discoverers as the Aztecs and the Apaches, the Incas and the Mayas, the Mohicans and the Sioux and every other inhabitant of that side of the globe had known about it all since time inmemorial. Children then heard the names of Columbus and Cortés, Francis Drake and Sir Walter Raleigh, Magellan and Pizarro with awe and wonder and not just as something to remember at the end of the term.

The Scientific Revolution, which began with Copernicus dethroning our Cosmic marble as the center of what henceforth would be called the solar system and placing the sun there instead, burst forth between the 15th and the 17th centuries tearing open and remaking beliefs in mathematics, physics, astronomy, biology, anatomy and chemistry that transformed the way society and nature were viewed and entered into direct conflict with

religious belief. Along with Copernicus, Kepler and Galilei rearranged the known Universe,

Descartes rearranged the human mind, with “I think therefore I am” (when surely the opposite is true: I am therefore I think) making us slaves to the god of Reason who has turned out to be the most unreasonable god of all, while Newton took the apple of Adam and Eve’s fall and through its falling gave us gravity to explain why the people (called ‘antipodes’) on the “underside” of the Earth did not fall off and drift away.

By the end of the century, Europeans in general were at least aware of logarithms, electricity, the telescope, the microscope, calculus (a subject my mother, Betty, never took having left her studies before finishing high school; my father, Perico, being an Engineer, loved, and I failed

miserably[1]), universal gravitation, Newton’s Laws of Motion, air pressure, calculating machines, and the price of eggs in China, and it is possible that some of that knowledge seeped down to the English countryside where one unbelievably small Elizabeth Smyth arrived on the very doorstep of this General Crisis of everything.

[1] Or would have failed if the teacher had not been both intelligent and kind. The class was at 7a.m. at a time when I stayed up way past midnight discovering both literature and the wherewithal of love, eroticism and heartbreak. Up to that point, I had loved math, algebra was my fascination and although trigonometry bored me, I had no problem with it, but calculus had nothing to do with anything I had ever studied before and there was no way I could get my confused, half-asleep mind around it. After taking the final exam, the professor called me into his office to tell me I had failed and to ask me if I was going to major in the sciences or the humanities. When I told him it was the humanities he kindly told me he would pass me with a D for there was no purpose in having me repeat a subject I was never going to use. This was a wise professor!

One thought on “A WORK OF FICTION 3”