The unexamined life is not worth living.  Socrates.

Tomorrow, August 1, I will be 74 years old, at least according to my mother and my birth

certificate. Personally, I can’t vouch for it. As far as I know, I was born this morning and my mind has this movie called “Brianda’s life” that it projects for me all the time. I just play along.

I was born in 1942 in New York City. My father came from Jerez de la Frontera, a wine producing town in Andalusia, Spain and my mother was a native New Yorker. I was their first child. My mother was 27 years old when I was born. Seeing that that number is a multiple of 9,  every eleven years, from the time I turned 3 and my mother turned 30, we would celebrate something that my father called, in Spanish, capicúa. I now know that capicúa (from the catalan, cap i cua meaning head and tail) means a number that is the same forwards or backwards, a palindromic number, and this is not so for the numerical phenomenon that we celebrated, but that is what we called it . So, when my mother was 41 I was 14, when she was 52 I was 25 and so forth. In other

But the title of this post has nothing to do with my mother or my father, but rather with my grandmother, Helen Cook, nee Moeller. My grandmother was a very important person in my life; I spent a lot of time with her and I loved her deeply, almost like a second mother. When she was 71 my grandfather died and, although she had fought with him all their lives together (mostly about his drinking), she was lost without him and began

wandering back and forth between New York (where she lived) and Mexico (where we lived at that time). As it turned out, she came to Mexico for her 75th birthday.

I was 25, married and already had my two children and my mother had invited us to come and celebrate her birthday. When I arrived she was still in her bedroom (which had been my room) so I went up to congratulate her. As I hugged her and gave her a kiss, she sadly shook her head and said:

“I am seventy-five years old, and I have no idea what I have done with my life.” 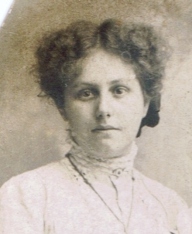 She went on, certainly, but it was that phrase that struck me so hard it glued itself to my mind and has remianed all these years. I remember writing a poem that began something like: ‘To be 75 and not know where life has gone’. That was a long  time ago and has either been lost or thrown out (I have never been able to write poetry: no sense of rhythm), but to this day I can see her sitting on the edge of the bed shaking her head sadly and offering up this devastating summary of her time on Earth.

In that moment, I swore to myself that no matter what my life was like, I would do anything so as not to arrive at seventy-five not knowing where all those years had gone.

Soooo, I am Almost There! And my life… No: my two lives are very present in my mind. I know exactly what I have done with my lives, the one that ended at 50 and the other that began immediately after (which would make me actually only 24 years old tomorrow). I know the few books I have written, the mistakes (although I am conscious that mistakes don’t exist) I’ve made, the children I have borne, the grandchildren they have given me,

the marriages (2), the friends, the relations, the trips, the moves from house to house, and then from country to country… The whole movie is here, in my head as clear as it was while it happened day by day, minute by minute. I can see the path I have followed and the times I have not followed it (and that is not true: one is always following one’s path, it just doesn’t always go where we think it should). I can see the goals I sometimes set out, and those achieved or not. I can see the struggles and the conquests, the beds I’ve slept in, the boys I`ve kissed. I have kept diaries of my dreams, of my confusions, of the things I believed and then didn’t, of my spiritual paths.

Perhaps, when I heard that phrase from my grandmother, I believed then that I had to make a life that was important to me and to others; I remember wanting be a famous writer, to have recognition and applause and leave a definite footprint on some field of endeavor. But life itself has shown me that that was not my path, that the applause I did receive for the few things I have done publically, did actually nothing to enhance my existence; quite the opposite. It inflated an ego that could do nothing but lead me down paths of self-destruction.

However, those very paths of self-destruction guided me to my real purpose: to know myself as best I could. Every single thing that might have seemed like a ‘mistake’ in my life, has been what has shown me where my true destiny lay: the search for self.

I remember not long after my shock at my grandmother’s assessment of her life, I made a decision, a decision that I now can see has shaped everything I have done even though many times I have been unaware this. I decided I wanted to understand, to know what it was to be a human, to be a woman, to be alive and the only way I could know that was being my own laboratory rat, was observing my life, was becoming a conscious being living a conscious life in the deepest sense of the word.

This search has guided me through religion, psychoanalysis, psychotherapy in its many  varied forms and numerous self-help methods. It has led me through literature, through leadership, through marriage and maternity, through feminism and divorce. It has taken me from house to house, from country to

country and from language to language. And every step of the way has been worth whatever I have known of pain and suffering, of joy and serenity, of turmoil and peace. I doubt I’ve done it My Way, but I certainly know today the way I have done it for all 74 years.

So now that I am almost there, almost arriving at my grandmother’s 75 years of age, … (I had to stop writing because I was overwhelmed with a feeling of gratitude so all-powerful that I found myself sobbing; this poor body still gets very emotional when it feels gratitude …) and, as I listen to Edith Piaf sing Je ne regrette rien. (on internet https://www.youtube.com/watch?v=fFtGfyruroU ), with tears streaming down my face, I thank my grandmother, with all my heart, for having alerted me to the 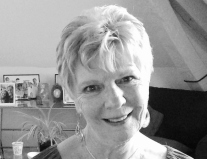 dangers of living an unexamined life. She was, without a doubt, my second mother, because thanks to her example I have lived what would seem to be the opposite of her experience: a life I never could have imagined even in my wildest dreams.

4 thoughts on “ALMOST THERE…”