(Parody, that my father used to sing, of the original song)

It is Tuesday morning and Salies is still in the process of cleaning up the mess. “Mess” is what “fun” is called after the party is over.  The last empty plastic glasses, the last multicolored streamers, the last vestiges of confetti are being swept away by water;

the streets are being hosed down by water from the fire hydrants and it looks as if it had just rained. So much so, that Josée, one of the ladies I have coffee with every morning who will be 92 this November, took one step outside and rushed back upstairs to get her umbrella; it wasn’t until she got 10 yards from her house that she realized something was wrong because her neighbor was cracking up with laughter. It made for fun as we

The Fête du Sel had passed and would not be resurrected until next September.

The Fête wasn’t the only thing that had passed. A lonely bell in the church tolled solemnly announcing the demise of a local faithful. I listened to the measured dongs and remembered the verse of John Donne: Therefore, send not to know for whom the bell tolls, It tolls for thee.  Hemingway popped to mind as a borrower of the verse for his book, For Whom The Bell Tolls. Donne, Hemingway, the unknown person from Salies… one is inevitably led to contemplate the body’s mortality.

I remember when I was about 50 noticing that I had arrived at what I was given to call the “Rice Crispies” age, when everything started going ‘Snap, Crackle and Pop’; some years later I left the cereal’s music behind (probably because things inside stopped moving) and arrived at a time defined by the somber thought that if you wake up in the morning and nothing hurts, you probably died in your sleep. So far, I’ve had no problem: if it isn’t my hip, or my back, or my neck, or my ankle, or a knee, or the ear that’s been crushed against the pillow too long, then it is usually the hangnail I pulled the evening before because I was too lazy to go for the manicure scissors.

I tend not to pay much attention to these things as the beating I have given this poor body would merit much worse, so I am generally grateful. This morning is no exception. I can feel my left ankle which means it will probably start hurting before I have arrived at the Café. A muscle in the front part of my upper right leg has been cramping up at night since I can’t remember when, probably due to a pinching in my lower spinal column, and is sore this morning. The good news is that I am alive and, so far, nothing is out of the ordinary.

Nevertheless, I am led to think of mortality, my own to be more specific. More than fear, this awakens curiosity in me. When and how will it happen? Where will I be?  Will it be sudden or will I have time to say my goodbyes and distribute or destroy my possessions? Will I live to be 92 like Josée? Will I have all my marbles, or gradually lose them like my mother? 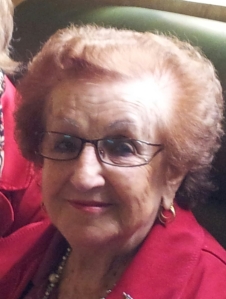 As with all else in life, these questions will only find their answer when it is too late to do anything about them. I have heard some people voice a desire to go quickly, without any forewarning. The wife of a friend of my mother died this way: she went in her sleep, an anorism, and never woke up. I am not sure that is what I would like. Immediately I think of my things, my papers, my books, diaries in which I have written things I would prefer no one read…private things that I would really like time to get rid of before exiting.

Last year my half brother who lives in Jerez de la Frontera in Spain had a stroke; he survived and apparently recovered all his faculties. This year he has just published his memoires, dictated to a good friend who authored them. Will I be that lucky? Will I live to see what I am going to do with all this information on the family that I have dragged up and put in my computer? And, what in the world will I do with it if I do live that long?

And there you go, in the interem of thinking all these thoughts I have arrived at the Café. My friend Josée is there, without her umbrella that she has returned home before coming, and my friend Eliane one, and Eliana two, and Isabelle, Bibi and Gegé

and Jean. I sit, releasing Salomé to make the rounds of the tables hoping for a croissant and receiving at least a caress. Bernadette brings a cup of steaming coffee and a glass of water that she places in front of me.

Jean is telling a joke. Usually I don’t understand jokes, but this one I get; it ties into my theme for the morning: mortality. It seems that three youths save the President of France, François Hollande, from being killed, so he tells them that each can have anything he wants. The first asks for an expensive car and Hollande immediately orders one for him; the second asks for a Kawasaki motorcycle and it is produced, but to Hollande’s surprise the last youth requests a State Funeral with all the trimimings. Hollande, puzzled, asks him why.  “Because when I tell my father that I saved Hollande’s life, he is going to kill me”. I laugh heartily, not only because I am conscious of how unpopular Hollande is politically, but also just from the joy of being able to understand a joke. I look around the table at my friends; they are all laughing and they are all very much alive. There is no doubt that NOW is much, much better than anywhere I can ever travel in my mind, and NOW is all there is anyway.

One thought on “AFTER THE BALL IS OVER….”