Twenty one years ago today was my first day of sobriety, the first day of a new life, the first twenty-four hours in more years than I care to remember when I didn’t have a drop of alcohol. It came after a night that was a nightmare and a godsend. I was furious at my husband (or that is what I believed in the moment) for wanting me to invest the money my mother had just given me in his clinic and in revenge I decided to get stinking drunk (A condition that was not exactly unknown to me). By midnight I had downed every single drop 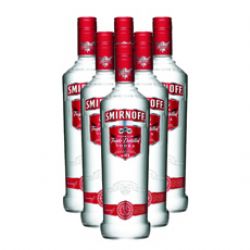 of vodka that would enter my body and continued, nonetheless, to drink more. Naturally, I entered what is known as a ‘blackout’ which means that one continues functioning without one’s brain: the brain ‘blacks out’, it ceases to register and also ceases to control. Therefore one is free to do whatever horrible thing has lain hidden under the mind’s restraint, but one is not free to remember it ever again. Every trace of memory is erased. It is as if at a certain moment the mind had pulled black curtains across memory lane.

In blackouts people can kill, they can lose their cars, they can sleep with anything that crosses their path, they can visit uncountable bars, converse or fight with innumerable persons and it is only the following morning that they will see the usually terrifying results of what they have done without ever being able to access the memory of having done it. Anyone who has suffered from any degree of amnesia will understand the sensation of horror and helplessness at losing entire pieces of one’s life.

But the eve of the 26th of March twenty-one years ago, something yanked me out of the blackout –one might say the Hand of God, however

one interprets God- and I saw, for the first time, what I had turned into with alcohol: a screaming, hysterical harpy heaving verbal abuse at the man with whom I had lived for almost thirty years and who was the father of my children. That vision was for me what is known as “hitting bottom”. The following morning, when I awoke, my only thought was “I’d rather be dead”. What I didn’t know then was that I was already, and that whatever had woken up in that instant had a whole new life before it.

Today “it” or I have turned twenty-one. I still find it hard to believe what my life looks like, what it feels like to be me on this 26th of

March, 2013.  I am filled with gratitude, a gratitude so overpowering that it brings tears to my eyes, a gratitude that I must take in small doses lest it annihilate me. I sit here in a space filled with silence, my own space, blessed with light and things that grow and flower and sometimes die. Outside, a town that has welcomed me and given me friends, a new culture, a new language waits for nothing more than my appearance on its streets to come alive.

As I write this, I attempt to remember the woman who died that night so long ago. In many ways, she was incredible. Actually, she was 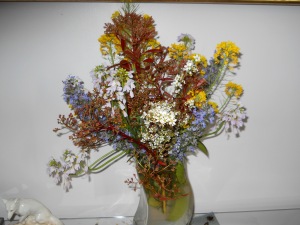 much more of a writer than I am today and, in spite of her consumption of alcohol, was capable of producing two novels, two books of short stories, a couple of anthologies of Mexican literature, a book of essays and a travel book on the Río Bravo (called Río Grande on the American side) that runs the length of the Mexico-USA border. She took her undergraduate degree in Hispanic Language and Literature at the National University in Mexico City while bringing up two small children and running a household (with help, of course), and she ran back again and again to psychoanalysis trying to pull herself from the emotional and psychological tangles that insisted on marring what everyone else considered the perfect life of the perfect couple. She was brave: she gave birth to me and the life I lead today. And as I write these words and feel the gratitude in my heart for her not having given up, tears of love fill my eyes and trickle down my cheeks: where and what I am today would not have been possible except for her struggles.

Don’t misunderstand me: I don`t feel sorry for her. Her life was grand: she had a good husband, two beautiful children, success in her career, a dream house on a golf course, a beloved chocolate Labrador retriever to take for walks in the woods, hired help around the house to lighten her task… She had everything one could ask for or should I say, that she had asked for. Her only problem was it didn’t make her happy, thus the sudden crying fits, the fights, the drinking, the psychoanalysis, the incessant searching for something without the vaguest idea what it was. And yet, she didn’t give up: she continued believing that something better was possible if she just tried harder.

And her greatest fear? Her greatest fear wasn’t dying, but arriving at the moment of death only to realize she had done it all wrong. “Supposing I’m not doing it right” she used to think, ‘it’ being life of course. That night, that 25th of March, 1992, when she awoke out of the blackout, she truly believed that she had done it wrong and that not one thing of the previous 49 years was anything other than an error.

But I can look back today, in peace and understanding, and clearly see that my life today would not have been possible if she had not done every single thing she did, including the drinking. I am a product of her life, and the path that I set out on that 26th of March began where it did, to my great advantage, because of everything she had done previously, all the soul-searching, all the studies, all the getting past the marriage and children thing, all the ego trips of writing, of succeeding, all the fulfilling of narcissistic desires.

So today, on my 21st anniversary, on this new coming-of-age, forgive me if my gratitude goes not to Alcoholics Anonymous, nor to the unbelievably wonderful teachers who have guided me on my way over the years, nor to the friends that continue embellishing my life or my children who have given me such joy and whom I absolutely adore, but to her, my predecessor, without whose absolute commitment to experience as teacher in the ways of the physical world, I would not have been able to understand anything.