Wow! To have a son who is two years away from fifty is scary. Admittedly, I was only twenty-one when he was born, but still the mind has trouble wrapping itself around the number fifty when it is one’s child that arrives at that half-way mark (at least that is what I celebrated when I was fifty: half-way).

But it is only forty eight: forty eight years ago, I was in Framingham, Massachusetts. I was grossly pregnant, uncomfortable is not the word: miserable would be more like it. I couldn’t eat, I couldn’t sleep and I was at the point where I didn’t care how horrible the experience, I wanted that thing out of there! The previous week (it was a Saturday if I remember correctly) I had begun having contractions. I was so excited! My husband, at that time a young doctor working in the local hospital, timed them. When they began coming between four and five minutes apart, I picked up my overnight bag, he took the car out and we drove to the hospital. A wheel chair was brought out for me but I waived it away saying I could walk perfectly well. The nurse insisted, so I sat and was wheeled in. I remember smiling and thinking how well I was doing it. Once in the examination room, my gynecologist checked me and with a shrug, sent me home again.

“Not yet, about another week,” he said. I was so disappointed. My husband, on the other hand, was chagrined.

“I’m a doctor! How does it look for me to be bringing you in a week early? The next time we’re not coming until the baby has got its head out (in those days we didn’t know if it was going to be a boy or a girl). I thought you were acting a bit too chipper to be having real contractions.”

So there I was, a week later, having real contractions and starving to death (“you can’t eat anything if you’re going to have the baby today”). This time I knew I was going to have that baby. So at exactly six pm., two hours before the baby was born, my husband looked at me and finally announced that I seemed ready (childbirth is miraculous: one forgets exactly what it felt like immediately after it is over).The trip to the hospital was torture; with every tiny bump I felt as if my innards were about to drop out. This time, the wheel chair was absolutely necessary: I couldn’t have walked even a step.

My only experience with childbirth previous to my son’s was when I assisted my husband during the birth of one of my nephews. My sister-in-law had three children already when I met my husband-to-be, and shortly after we married, she had her fourth. She always had her children at home (my husband’s brother, was also a doctor) which in those days in Mexico was not uncommon. Not only did she have them at home, but she had them without even an aspirin, something my husband seemed to admire very much. So I was decided not to be one-upped and to have my child the same way. I had informed the doctor of this from the very beginning. Mind you, these were the days before natural childbirth became popular and was supported by a long period of training in a group to understand the best way to go about it. In other words, I had no idea what I was supposed to do. Some girls might have had a mother who explained these things, but mine had undergone two cesarean sections so she had been spared all the messy part and couldn’t tell me a thing about natural childbirth. My sister-in-law, however, had seemed to hold up quite nicely, and I figured I could do the same.

Once in the hospital, I was taken straight to the “delivery room”. I have no recollection of what went on there, but according to my husband, when the nurse asked me if I wanted some anesthesia I immediately betrayed my brave intentions and received the mask with a fruition that knocked me out in nothing flat. My son was born quite without my knowledge and also without my help. I actually wasn’t to see him at all until hours later when he was brought to the room. Today, of course, I would have done it differently, but that was the way it was back then.

Nevertheless, today is the day when I get to remember with special joy that I have a wonderful, loving son. All day my heart will be full thinking of him, all day I shall give thanks that he is part of my life. To me he is still the small child with dyslexia that we spent a year working on so he could read, the youth with whom I spent hours and hours discussing life and poetry, politics and social mores. The young man who announced he probably wouldn’t marry and definitely was never going to have children, and then went ahead and did both with abandon (four of my seven grandchildren are his, and his loving wife is a kind and generous daughter-in-law).

So today, his birthday, I sing his praises and feel my heart full of gratitude. And tomorrow… well tomorrow, as every day, when I am reminded of his existence (which happens quite often during the day) my heart will sing and fill with gratitude again, but I won’t go around announcing it to everyone. 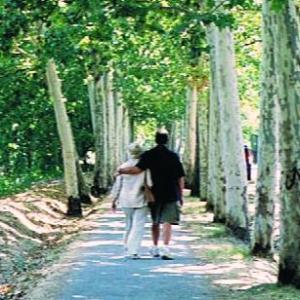