A recent on-line issue of TIME decries the death of shopping malls due to on-line buying (I don’t even buy printed issues of TIME anymore and rather settle for what they print on-line). I read the article and smiled. Memories…

I was in Mexico when the first Mall was built (according to the article, in 1956 Southdale Center in Edina, Minn.) and we were still far from buying into the consumer madness that Malls represent. We went to the park instead. That was where we saw people, picnicked, bought junk and played, interacted, breathed fresh air (Mexico City air was 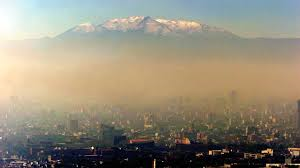 still fresh then, with a population close to 6 million; today at 25 million+ there is a pea-soup-like cloud of smog lying over the city and Chapultepec park, where we used to go, shows up to the passengers on landing airplanes as a small green smudge in the midst of a sprawling concrete megalopolis), rode bicycles, ate popsicles. It was a place where grandmothers and the first blue-jeaned crew-cutters crossed paths; where concerts and clowns entertained visitors of all ages and balloon vendors hawked their colorful bouquets. Cotton candy and tacos, tamales and soft drinks were offered from push-carts. Families pushed baby carriages, walked dogs, lounged on the grassy slopes or visited Chapultepec Castle to once more hear the story of the five young militias who, wrapped in the national flag, hurled themselves to their deaths from its tower rather than be captured by the invading “gringos” (as Americans are disparagingly called).

The first Mall that opened in Mexico City was built by Carlos Slim (just Google him) in Nezahualcoyotl (you can Google that too, but it probably won’t help you pronounce it) on a spot supposedly reserved for a street market that had been displaced by some other construction project. I do not know the year, but I am sure I never went there. Nezahualcoyotl is an area of Mexico City known for its high crime rate and drug trafficking so it was not the place where a little blond, blue-eyed gringuita would go.

The first Mall I actually went to was Plaza Satélite built in the municipality of Naucalpan de Juárez, north of Mexico City which was inaugurated exactly on my daughter’s fourth

birthday according to Wikipedia. That was on the 13th of October, 1971 (the black and white picture to the right was taken one week after the inauguration). I don’t clearly remember my visits to the Mall; I am not a shopper much to my daughter’s dismay and therefore I always used to avoid large supermarkets and malls as much as possible. Restaurants, movies and Xmas shopping, however, would have taken me there and I do remember several outings on Sundays to do the Mall and then eat and take in a movie. Doing the Mall entailed walking, window-shopping and usually munching or slurping something and I remember thinking to myself, while I observed the passer

s-by, that this was the new gathering place for families on weekends. Malls had substituted parks. Families, composed of two or sometimes three generations, strolled down the long passageways in front of the lit and decorated store windows; grandmothers rested on the benches provided for grandmothers to rest on; children ran from one store window to the next hoping to eventually break down their parent’s resistance. Restaurants and cafés were filled to the hilt and in the afternoon the lines for buying movie tickets would have reached around the block if they had been on the street.

I remember shaking my head and feeling quite judgmental about the new Sunday entertainment, but I don’t remember ever going again to a park. Of course, by that time we had a house with a large garden and lived in a neighborhood

where it was safe for the children to play kick-the-can on the street, so we didn’t need to go to a park to get away from the concrete of the city.

If my memory serves me, the kids loved going to the mall as did both my husbands who were shoppers, and I was grateful to be freed from Sunday lunch wh

en the maids had the day off so I have seen the inside of more than one Mall in my lifetime. Today, when I go to my daughter’s house in Mexico I often visit the Mall up on the hill called “The Cusp” or “La Cúspide” either for a meal or to pick up some item in one of the humongous super markets available there. It is more open-air giving the impression of a small city with streets and even includes a miniature golf course, and one has the feeling that they wanted to capture some of the charm of the parks they have substituted. I now find it convenient to be able to buy anything I need from light bulbs to a manicure to a meal and a movie, from toys to toe-nail clippers, or some pork chops for dinner, or an outfit for a wedding, cash from the bank, a computer, a pet, an umbrella or suntan lotion; to fix my portable phone, buy or rent a van, acquire or sell a house, choose a bed or just a nail file, all in one place without moving my car. It’s good exercise too and opens from 9a.m.

till midnight. If we are to judge by the zillions of comments and who makes them, youth flocks there and completely enjoys it. So, though it might be true that Malls in the U.S.A. are dying, from what I can see they are still thriving in Mexico since that time long ago when they displaced the parks as a center for family entertainment.

So, what about malls in Europe or, to be more precise, in my little French town of Salies? Well, we have our Thursday markets where a 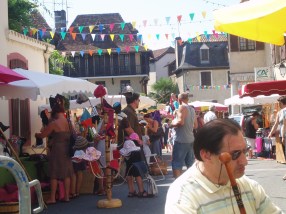 lmost everything can be bought. The Thursday market has the advantage that it is ephimeral and disappears completely by 1pm leaving the town unscathed except for a few remains which the cleaning truck promptly sweeps up. And, if I ever get nostalgic for a mall, I just hop in my car and drive to San Sebastián across the now non-existent border, to Garbera: a US style mall with most anything one’s heart could desire. It doesn’t seem to be dying either. I do notice, however, how much more I am buying over internet… so, perhaps the eve 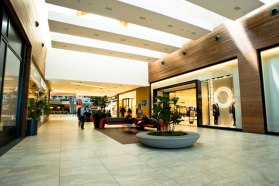 ntual demise of malls is more than just an American phenomenon. We will see.