Thou shalt love thy neighbour as thyself…

And as Byron Katie says: “I did: I hated me, I hated you.” That’s it in a nutshell. Obviously, people have focused on the ‘love thy neighbor’part and selfishness has gotten itself a very bad reputation. It is not right to be selfish. No one wants to be thought of as a selfish person. We all learn that very young. “Share your toys with your brother… don’t be so selfish.” “Don’t take the biggest piece of 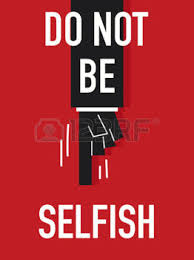 cake, that’s selfish of you.” “You never think of anyone else… you’re so selfish.”

Being selfish and being polite were absolute opposites. I remember being taught early on that, when at the table, if you wanted seconds you had to wait to make sure no one else wanted that last piece of whatever. That usually meant that your father ate it… “So it wouldn’t go to waste”, and you were left with a mouth full of saliva trying not to drool down the front of your dress. No matter if you would have made damn sure it didn’t go to waste; it would have been selfish if you had asked for that last piece of whatever. 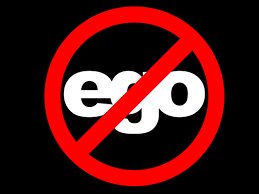 Then a funny thing happened. I ended up in AA (when you don’t ask yourself what you want, having another drink is as good an activity as any other) and there I was told that most, if not all, of my problems came from Ego, that I was egotistical (read: self-centered, selfish, egocentric, egomaniacal, self-interested, self-seeking, self-absorbed, narcissistic, vain, conceited, self-important, etc) and that I had to fight against the ego. I was told that in order not to be selfish, I had do service for the group, and it was suggested (by the group leader who just happened to be a man) that I should do the 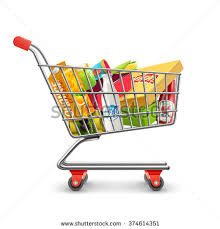 cafeteria (which meant, market for the coffee service, make sure everything was washed up and put away after each meeting and serve coffee to newcomers). Somehow, this sounded just like what I had done during all the years of my marriage and finally, I balked.

“I’ll tell you what” I snapped back; “Seeing as I have been doing cafeteria for at least 30 years, I’ll be leader of the group and you can do the cafeteria.” Needless to say, I didn’t do the cafeteria and neither did he.

But that for me was a moment of change. I began by thinking that AA had been founded by

men and that the program had been made for men based on a religion that was basically paternalistic. Men, with women taking care of them, beginning with Mother, then Wife, then Daughter, had developed quite an ego. Women, I believed then, had not developed an “ego” (at least, I thought that I hadn’t), we had not learned to say: I, I, I, me, me, me. So I set about developing my own ego (I was 50, mind you) which in my mind was: learning how to be selfish. 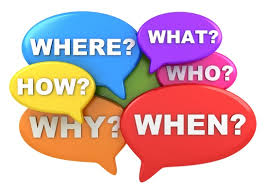 whatever you want. What I discovered was that I didn’t even know what my wants and desires, my likes and dislikes were. I didn’t have the habit of asking myself anything! I was accustomed to ask other people: Where do you want to go? What movie do you want to see? What would you like to eat? But… ah yes, there was a big BUT… I expected other people to think of me first, know instinctively what I wanted, and choose for me. Now if that’s not a Lose-Lose proposal, I’ve never seen one! Fastlane to frustration!

It’s not easy, however, learning what you like and don’t like when you have never done it, so I began very slowly.

Him: Do you want to go to the movies tonight?

Me: Hmmm (silence while I wait for movement inside; inside says: need more info)… 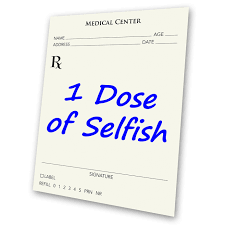 What movie were you thinking of?

Him: Oh, what about… (usually a Bang-Bang, rip-um-up, knock-um-down, blood and gore sort of film).

Me: (long pause while my mind goes over the mental images of intestines splattered all over the screen)…No, I don’t particularly want to go to that one. What about (read title of latest romantic comedy, historical drama, biopic etc.)

After about a week or so during which I really checked with myself every time there was a choice, I discovered that I did have likes and dislikes and that some of them were very definite. I also found that when I knew what I wanted it wasn’t so hard to get it for myself or to convince the other to give it to me. I also found that when I had satisfied myself  with what I had chosen one time, it was easier and felt better letting the other person have what they wanted the next.

For a while, I practiced being selfish in everything: I got up at the time I wanted to get up, went to bed idem, prepared the meals I felt like eating, decided to eat out –and where- 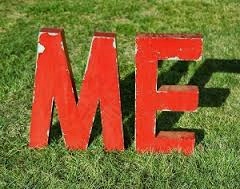 when the whim hit me; watched the movies I enjoyed, left the room and went to read a book elsewhere if I didn’t… I was unflinchingly selfish in every possible way, determined to grow a good (male) ego before facing the inevitable chore of undoing it.

Interestingly enough, the more selfish I became the more unselfishly I could act. When I really didn’t care what we ate or what movie we watched or which restaurant we went to, my “whatever you want” was absolutely sincere and I was happy with the other’s choice. I found myself asking the other person where he or she would like to go and weighing their answer against my own desires. If mine were stronger, I learned how to present them as an option I would really prefer without naysaying the other’s choice. I realized that I was willing to negotiate more (me today, you tomorrow or vice- 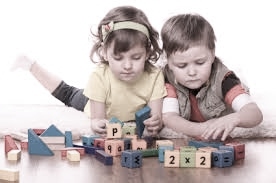 Something that had always been hard and angry inside began to relax and I started seeing the world as a kinder place and myself as a person capable of making her own choices.

One day, someone said something in an AA meeting that really explained my apparently profound transformation. Speaking of love, he said: “You can’t give anyone else that which you can’t give to yourself”. By then I knew that ‘love’ means care and attention and that was what, in the name of unselfishness, I hadn’t been giving myself during the first 50 years of my life. It wasn’t until I learned how to be selfish that I began to understand that my wants and my desires were my responsibility, and voicing them was my 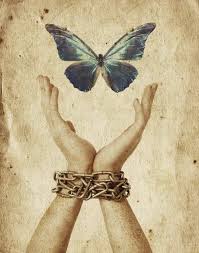 prerogative. Being responsible for my wants and likes and giving them to myself whenever possible, also opened me to the unexpected pleasure of being unselfish whenever I felt like it, something that suddenly was much more frequent than before.

Perhaps it is a question of using other terms. Perhaps what before had seemed to be unselfishness had simply been SELF-LESSNESS. What seemed now to be selfishness could simply be seen as SELF-FULLNESS. Before I had been Self-less and now I was Self-full: therefore I had something to give. Having discovered that I had a choice, that choice was mine to give to someone else if it gave me pleasure to do so; and in doing that I had also made and given myself my own choice (which was to give the other his or her choice). Wow, it was a WIN-WIN situation through and through.

It was a long and sometimes difficult path, but I finally knew I had arrived one Sunday when the family had gathered at my house for lunch. I cooked, and served and ate the meal with them and then, while they sat around the table chatting and savoring their glasses of wine, I stood up and announced that I was going to an AA meeting.

My son looked at me and exclaimed: “Gosh, Mother, you’ve become so selfish”. 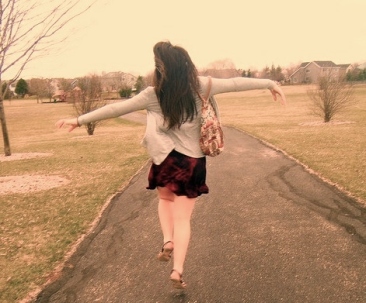 I stood for a moment looking into his eyes and then a very wide smile crept over my face.

“Yes, I have, haven’t I” I exclaimed. “Isn’t it wonderful?!” And waving goodbye, I turned towards the door, leaving them to mull that over as they sipped the rest of their wine.

A few days ago, I received an e-mail which started out with the following:

One of the keys to living an authentic evolutionary spiritual life
is having a spiritual practice that you’re actively engaged in.

This kind of absolute affirmation pulls me up short when it is expressed even when it is my own mind expressing it, END_OF_DOCUMENT_TOKEN_TO_BE_REPLACED